Gaithersburg is a cityin Montgomery County, Maryland, United States. As of 2010, the city had an estimated total population of 60,108, making it the fourth largest incorporated city in the state behind Baltimore, Frederick, and Rockville.Gaithersburg is located  to the northwest of Washington, D.C., and is considered a suburb and a primary city within the Washington-Arlington-Alexandria, DC-VA-MD-WV Metropolitan Statistical Area. Gaithersburg was incorporated in 1878. The Greater Gaithersburg Area swells to over 200,000 people when the Gaithersburg suburbs of Montgomery Village and North Potomac are factored in. 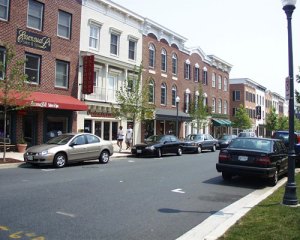 Gaithersburg is divided into east and west Gaithersburg which is split by I-270. The eastern section of the city is older and includes the historic central business district of Gaithersburg called “Olde Town”. It also includes Lake Forest Mall and the Montgomery County Fair grounds. The east side of the city is the business and job center for the region.

Gaithersburg is the nation’s leader in the biotechnology field located right in the middle of the Montgomery County Technology Corridor.

The west side of the city has many neighborhoods that were designed with smart growth techniques and embrace new urbanist or new urbanism. These include the award winning Kentlands community, and the Lakelands community. Three new urbanism communities are under construction including Crown Farm, Watkins Mill Town Center (Casey East and West), and the massive “Science City”. The state has a light rail line, Corridor Cities Transitway or “CCT” planned for the western portion of the city starting at Shady Grove Metro Station and connecting all the high density western Gaithersburg neighborhoods with 8 total stops planned in the city.

The National Institute of Standards and Technology (NIST) is headquartered in Gaithersburg on the west side of the city. Other major employers in the city includeIBM, Lockheed Martin Information Systems and Global Services business area headquarters, MedImmune (recently purchased by AstraZeneca), and Sodexo.