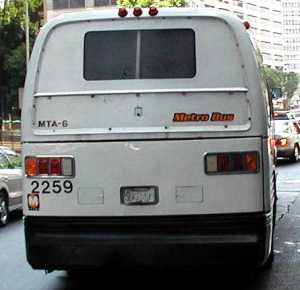 of that large bus that rolled over the housing industry.

Subprime mortgages were not the culprit. We can stop pointing fingers at the people that used these loans to purchase a home. The National Bureau of Economic Research just completed a study and issued a rather thorough report. Seems that the financial work around that attempted to exclude banks from financing also excluded the protection of the FDIC. In the world of high finance, the FDIC has been a wonderful CYA since 1934.

The report , which can be viewed on line, states pretty clearly that the subprime mortgage venture was one big mess. Any one with half a brain would realize that lending money without documentation to people that had questionable credit scores was doomed from the start. ( I imagine that it would not take the rocket scientist that sorted out the astronauts problem to discern that the beneficiary of subprime loans was truly the loan originator and those that pocketed millions of dollars bundling and selling them off). The interesting fact is that subprime loans accounted for less that 5% of the mortgages.

The bigger problem, the one that blew us out of the water, was the failure of the Renew Sale and Repurchase market ( cute, the appropriate acronym is REPO. Sort of puts a whole new spin on the term REPO man). This market had grown over the last 30 years to become the backstop for global finance. They had their financial fingers in everybodys financing pie. Simple Simon was a pie man…so the story goes.

Sorry, you might be one of the million or so folks that has never heard of REPO. It is not like that have had a reality show and beyond the sound bytes on nightly news and carping by talking heads, most Americans know more about Susan Boyle than how the economy works or falls apart.

Is she singing “is it true what the say about dixie?”

Here are some scary facts, REPO is an unregulated, uninsured $20 trillion dollar business. How can that be? Well, it is essential to keep money flowing in the world. How did it get so BIG? Things changed back in the 80’s. While American’s were putting away disco balls and strange fitting disco dance outfits, money markets and junk bonds were unleashed on the scene. These tools were money makers and banks began to see deposits drop. The profit in being a traditional bank began to diminish. The banks opted to begin securitizing loans to recapture lost profits.

The securitization needed financial support. REPO has always existed but in the 1990’s it grew significantly. Here is where the rubber met the road. There was not FDIC that covered these institutional loans. ($100,000, ha…these loans were in millions and millions. uninsured….hanging out there).

You think time is of the essence in real estate? These were overnight REPO loans and the parties demanded collateral. (These paper tiger REPO loans generally replace demand deposits in the banks.)

Now the subprime debacle probably signaled big problems, but their impact began in early 2007. Banks did not begin to falter and crumble until August of that year when lenders began making collateral calls to borrowers that resulted in less than expected return and big banks were seriously under-capitalized.

The lack of regulation contributed to the fact that the government was unaware of the problem until full blown panic hit the fan. The panic had quite an impact.

“The panic meant that the value of all types of bonds declined, trillions of bank capital evaporated and the REPO market, itself, collapsed as all counter-parties lost faith in each other and the basis of the entire banking system literally disappeared.” quoted from WSJ

So what does this mean? This is one reason why the banks still aren’t lending money. They don’t have the means to back the loans they’d like to make. With out government intervention loans from banks will slow to less than a trickle. It means that until the REPO market regains some steam there isn’t going to be much progress in getting the economy to start growing again (take out the government stimulus and we’re screwed).

If the government ends the stimulus, the economy will fall flatter than a non-glutenous dough pancake. The bottom line is that while there certainly are lightning rods on Capital Hill ( Chris Dodd and Barney Frank), there is not one entity within the Fed or the Treasury in the United States capable for protecting us.

Money that is backed by nothing is every bit as valuable as the substance backing it. So, it was not a subprime crisis. Knowledge is power but in this case it surely doesn’t make things feel any better.

All that’s left is the reintroduction of the 1920’s catch phrase…“buddy, can you spare a dime.”

Why is it I don’t feel better?