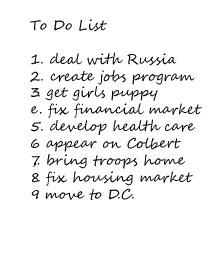 Things certainly have changed since September 15th. I am sure most of you remember that we were in the midst of a Presidential campaign. There were concerns over the increased number of foreclosures. Wall Street stumbled and all the leaders in DC convened a meeting to determine what could be done to avert the end of capitalism. Poor John McCain offered a sound bite that included the statement that the “economy was basically sound.”  Obama seized the moment and won the election. I can still hear the hollow mantra that we were going to fix Wall Street but we were not going to forget Main Street.

At that point, no one seemed to be aware of how deeply the economy of the entire world was impacted by the existence of some very intricate and unregulated investment products. When AIG admitted just how dire their situation was…….the revelation opened Pandora’s Box. It began the succession of events that put the worldwide investment markets on a reckless roller coaster ride where each bottom is lower than the one that preceded it.

Everything seemed to be impacted. Investors all over the world have been devastated by the crumbling of the value of their retirement. Home values began to fall. Credit dried up. It has only been a few short months but just last week, the experts released the information that we are in a recession. That little kernel of wisdom followed the jobs report which revealed that Americans were losing jobs faster than anyone imagined. Bad news keeps cropping up like new trees in a forest and we can not see either the forest or the trees.

So the President-elect has an ever changing to do list. Problems in the housing market are addressed one day and then put on the back burner the next. As quickly as one solution is proposed, things change and a new one is run up the flag pole. Nothing is happening. We are subject to paralysis by analysis.

I do not hear anything regarding accountability in any of the plans proposed to deal with any of the problems,

This is a multi-faceted monster. It is not just folks can’t pay, let’s bail them out. There are several different types of situations out there and some of them are not new. There is not one solution. Each type must be identified and dealt with. We are not seeing a solution because the House and Senate keep offering a broad brush for a situation that needs the skill of pointillism.

We must first begin with…..there is a house (this can be anything from a condo to a detached home). The house is owned by the person residing in the house. This eliminates ALL investors including co-signers. We should only be dealing with people that borrowed money to buy the home as a principal residence.

We should only be dealing with loans that originated at the time of the purchase of the home. If the owner is in trouble because they took an equity line when prices shot up, the owner should not get any relief from a program designed to assist the housing industry.

Now, just what is it that needs fixing? I have read reports that over one million homes are in danger of foreclosure. The one million number sounds very scary when it fills a 12 point bold headline. The impression is given that all of these homeowners are in a pickle because they used a sub-prime mortgage product to finance their home. Inside labels are tossed around like ingredients to a poisonous salad. Guidelines for relief include terms like 2/28 arm or 3/27 arm. The feds bandy about the term teaser rate and loan modification. Not one plan includes the term ACCOUNTABILITY. 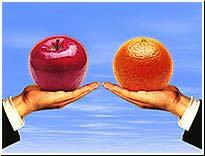 Mixing apples and oranges only works in fruit salad. Any program that will truly resolve the crisis has to identify the problem (anyone with half a brain can see that there are diverse problems). Once each problem area has been identified and labeled, a specific solution for that problem can be used.

The focus must be narrowed to home purchases that occurred in a specific time period. I would guess that you could narrow the focus to mortgages rendered from 2001 through 2008. I know it is hard to believe, but there are still some lenders using alternative financing despite the fact that their losses are staggering.

When dealing with homes that have a first and second trust, break them down into specific categories as well. Each loan will have it’s own peculiar nature that must be identified and dealt with on it’s own merits.

We need to toss all interest rates out the window.

Current interest rates on existing loans only obscure the issue. It does not matter what interest rate was set on the initial loan/loans. It is not being paid and therefore is not really a factor in the solution. The fact that there are no payments has frozen assets. The ultimate goal of any plan must include the understanding that frozen assets have no practical value. 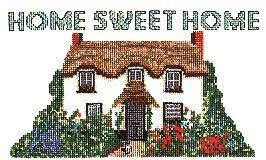 This is not a right. This is a privilege.

Home ownership may be many things. It is the American Dream. It is not a right. It should only be accomplished through accountability. If you can pay, you can stay. If your personal situation has changed, you must deal with that in the same fashion others have dealt with changing situations. Homeowners have always been faced with possible health issues, job loss and market fluctuation. The government can not create a massive home ownership entitlement program. The government can only try to correct a problem that exists because the government failed to exercise proper oversight and regulation. 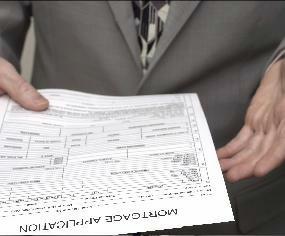 I would humbly suggest that once the various problems are identified, the government step in with a plan that will deal with each type of situation in a unique fashion. There can not be one interest rate chosen for the plan. Research should be done to determine the lowest fixed rate interest that was available in the year that the loan was originated.

Each homeowner that wishes to remain in their home will have to go through a screening process. This process would include the providing the same data provided for a new mortgage. The key factor would be how much monthly income is available to pay the mortgage. Percentages are bandied about and the figure should be in line with reasonable lending guidelines. For purposes of this idea, I shall pick 30%. If 30% of the take home pay can pay the principal and interest (at the lowest fixed rate available in the year the loan was originated) on a 30 year fixed rate loan, the homeowner can be refinanced through Freddie Mac or Fannie Mae or a new entity set up to handle the program. If the homeowner can not qualify for the 30 year loan, they can then see if they would qualify using a 40 year term. If a 40 year term does not lower the payment sufficiently, they can then be qualified under a 50 year term. If they do not earn enough under any of those three options, they do not earn enough to own the home. Foreclosure is not the only viable option. The home can be sold and the mortgage holder would take the loss, just like they did on homes in the past.

If a homeowner can not qualify, accountability indicates that the homeowner losses the home and the credit grantor(s) take a loss for a bad loan. These outcomes can not be avoided totally. We have always had situations in which some mortgages went bad. The problem we need to solve is outside changing situations.

What about those homeowners that don’t meet the guidelines?

Folks that refinanced have to accept that they are responsible for their financial decisions. The decision to do a “cash out” refi always carries the risk that the property value may decrease. Loans that carry the caveat of an adjustable rate are always subject to increasing when rates reset. Resolving a housing crisis can not include bailing out those that used their homes as a “cash cow” or “ATM”. The decision to use resources always carries the risk that a bad decision is being made. If this sort of decision has made it impossible to stay in your home, you will have to seek another resolution to your problem, sell or accept foreclosure.

If your situation has changed because of health, loss of wages or complete loss of employment, you will have to seek aid via the same route that people in your situation have sought aid in the past. Resolving a housing crisis can not include assistance for those that are in danger of not paying their mortgage due to reasons outside of those that created the crisis.

If the Federal Government truly wants to resolve the crisis, they will have to slow down, and come up with a plan that is comprehensive and just. They can not just throw money at the problem. They must be sure that any solution includes the accountability of those that lent the money and those that borrowed the money.

I think the decision on the puppy can wait.